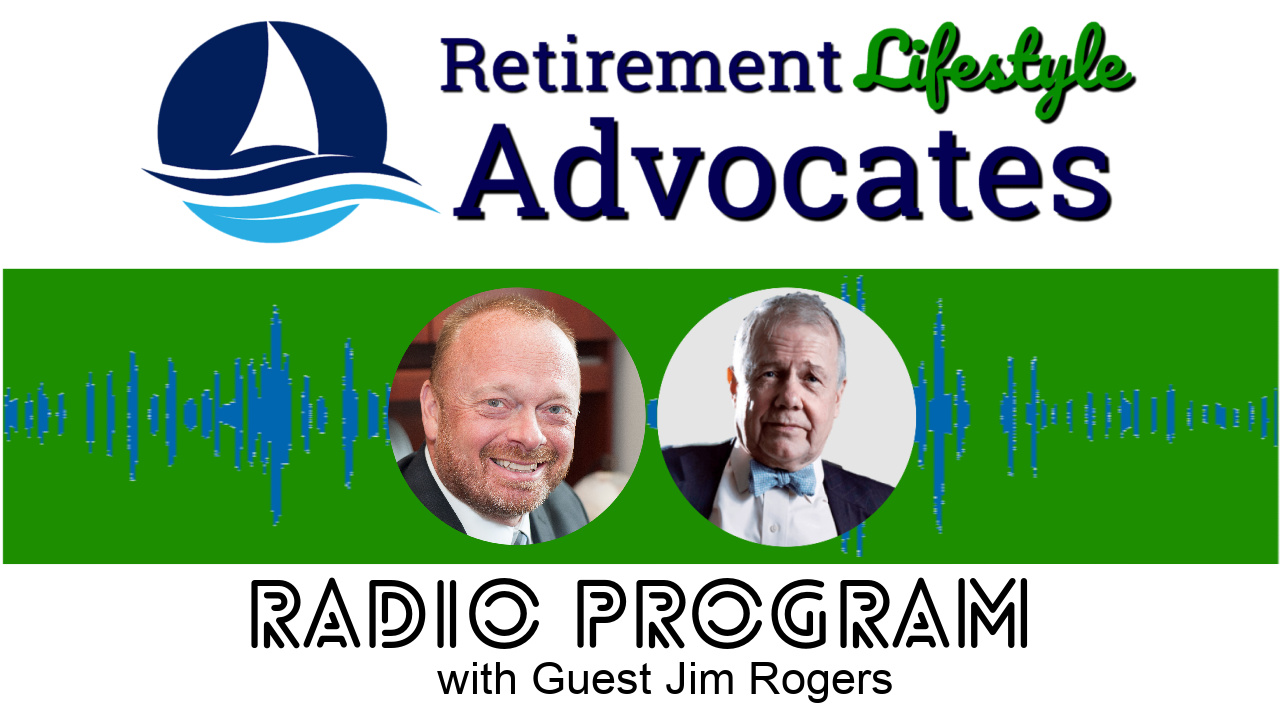 The massive currency creation that's going on by all the major central banks around the world is very worrisome according to our guest this week on Retirement Lifestyle Advocates radio, Mr. Jim Rogers.  Your host Dennis Tubbergen talks with Rogers about the crash and bear marketing in 2008, about the coming bear market, his forecast for the future, and the opportunities for investment in commodities.

Jim Rogers is an American financial commentator, author, investor, and businessman. He is one of the most respected authorities in the economics stratosphere and his advice has been sought out by businesses throughout the world. Rogers is the Chairman of Beeland Interests, Inc. He is the co-founder of the Quantum Fund and the Rogers International Commodities Index. He believes that financial sectors are transitory and will shift based on economic needs.