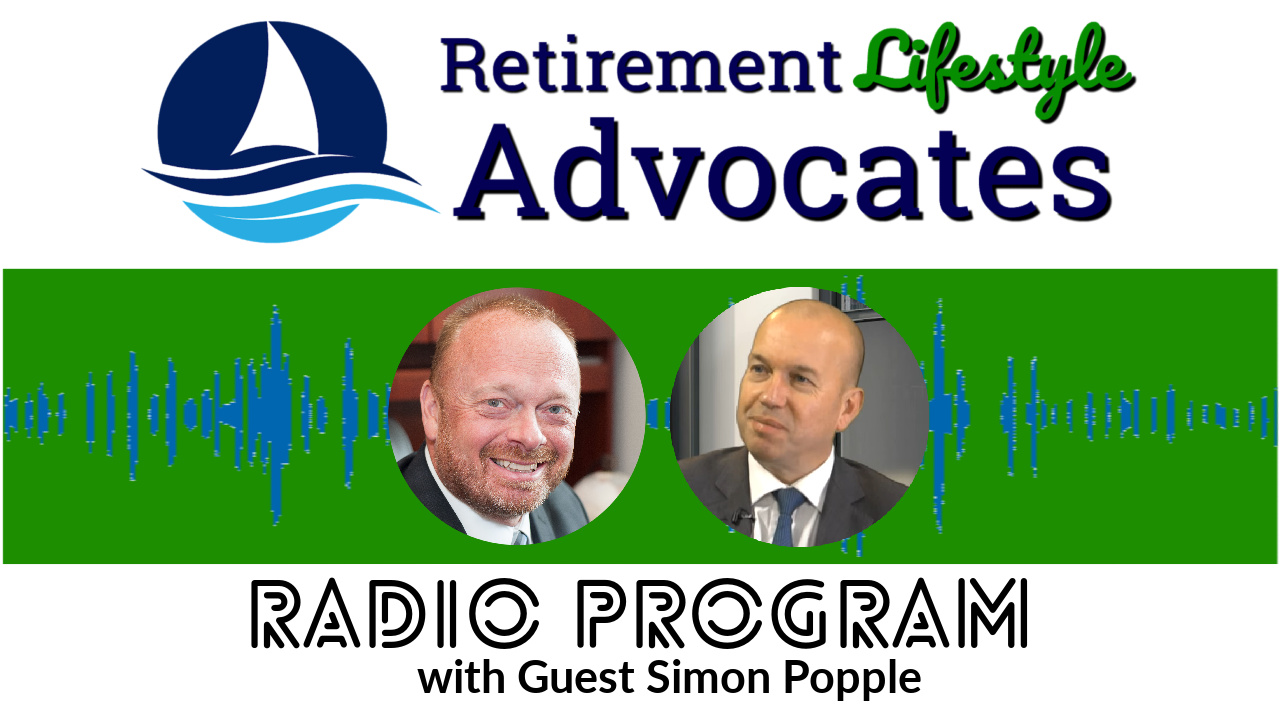 While inflation of the current magnitude hasn’t been seen since the late 1970s and early 1980s, we’re not likely to see the type of response from the Fed, vis-à-vis Volker raising interest rates to 20%. This week’s guest on Retirement Lifestyle Advocates radio is Simon Popple, who points out that central banks around the world have created tremendous amounts of currency with interest rates of 1 percent or less. Just raising the rates to 2 percent equates to a 100 percent increase in the cost of serving that debt. Listen in as your host Dennis Tubbergen talks with Mr. Popple about inflation and its effects on the commodities markets.

Mr. Simon Popple is the author of the Brookville Capital Intelligence Report.  Mr. Popple started a newsletter with MoneyWeek called Metals & Miners and when they were acquired, he set up Gold Speculator with Jim Rickards. During this time, he was a featured speaker at MoneyWeek and Mines & Money conferences. Mr. Popple has also done numerous interviews with IGTV on the gold market.