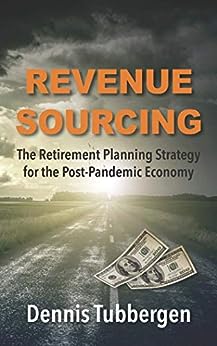 Revenue Sourcing: The Retirement Planning Strategy for the Post-Pandemic Economy

In 2015, I warned that the Federal Reserve, the central bank of the United States, was inflating a bubble that would, at some future point, have to burst. That bubble, is now bursting, present tense. Bubbles rarely unwind all at once. This one probably won’t either. But it will unwind all the same. As I will outline in this book, I believe that the volatility is just beginning, and the terrifying coronavirus situation is the pin the popped the bubble. It doesn’t matter what political party you identify with if any. Collectively speaking, politi¬cians have never shown restraint with regard to spending. And, now, after the CARES Act, they have their collective fingers on the money creation switch. It’s nothing short of alarming, and it will make the ultimate economic and financial destination downright ugly.
Got A Question