In the September issue of “The You May Not Know Report”, I discuss my view that the housing market is beginning to slow and is on the verge of a decline much like the one we witnessed at the time of the Great Financial Crisis.

There are many reasons that I come to this conclusion which I discuss in detail in the September newsletter.

Bottom line, it’s my view that if you have plans to sell your house and you can sell it now at a good price, you should think seriously about it.  If you are planning a purchase, you might be wise to wait a bit.

This from the September newsletter:

Another month, another plunge in housing.

Hot on the heels of the latest catastrophic homebuilder sentiment print and plunging single-family starts and permits, analysts expected existing home sales to accelerate their recent decline with a 4.9% MoM drop in July They were right in direction but severely wrong in magnitude as existing home sales tumbled 5.9% MoM in June.

That is the 6h straight month of existing home sales declines - the longest stretch since 2013 - pulling home sales down a stunning 20.2% YoY. From the NAR:

"Home sales may soon stabilize since mortgage rates have fallen to near 5%, thereby giving an additional boost of purchasing power to home buyers." 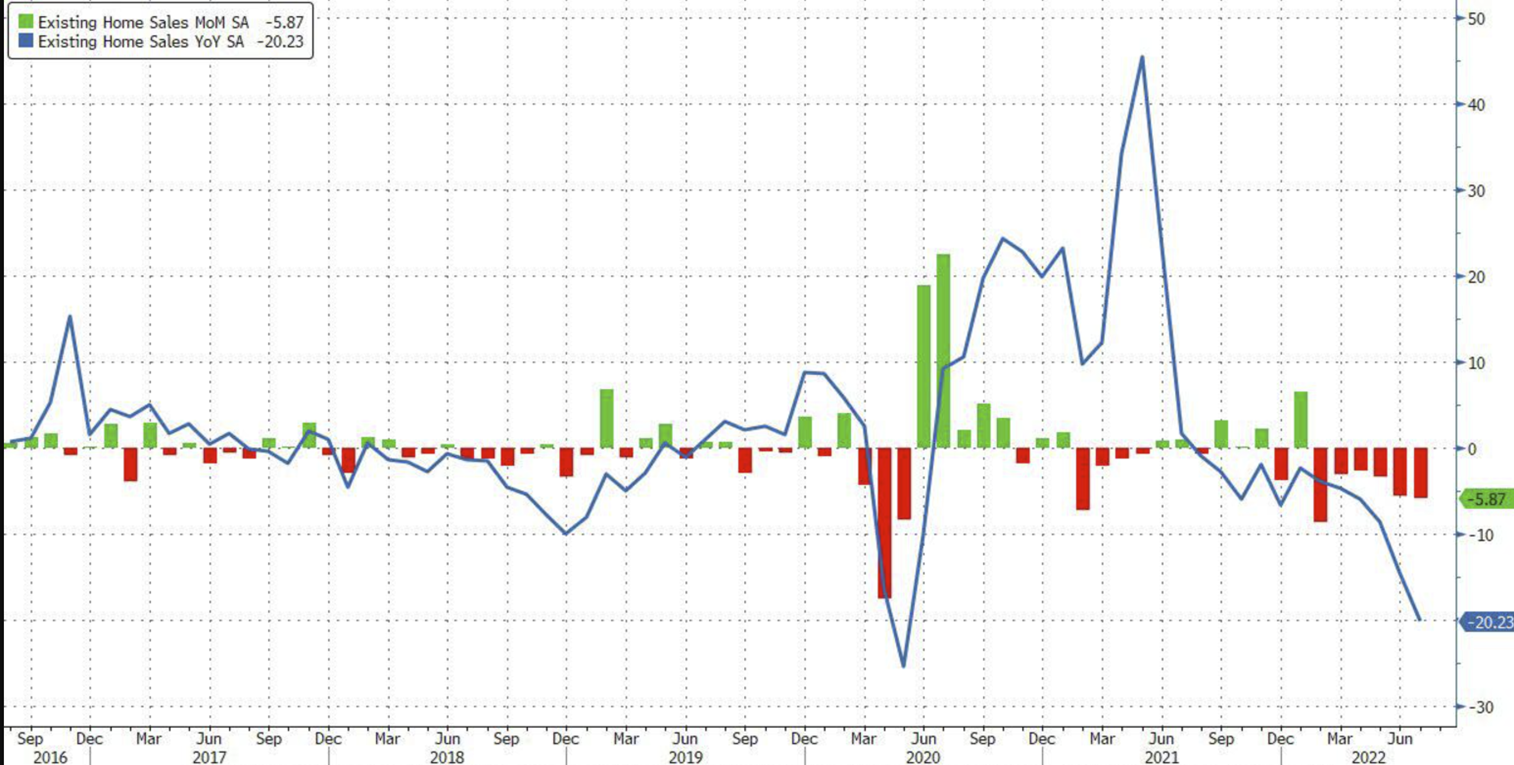 The collapsing housing market means the SAAR is now below the full-year pace of 2012 - one decade ago. 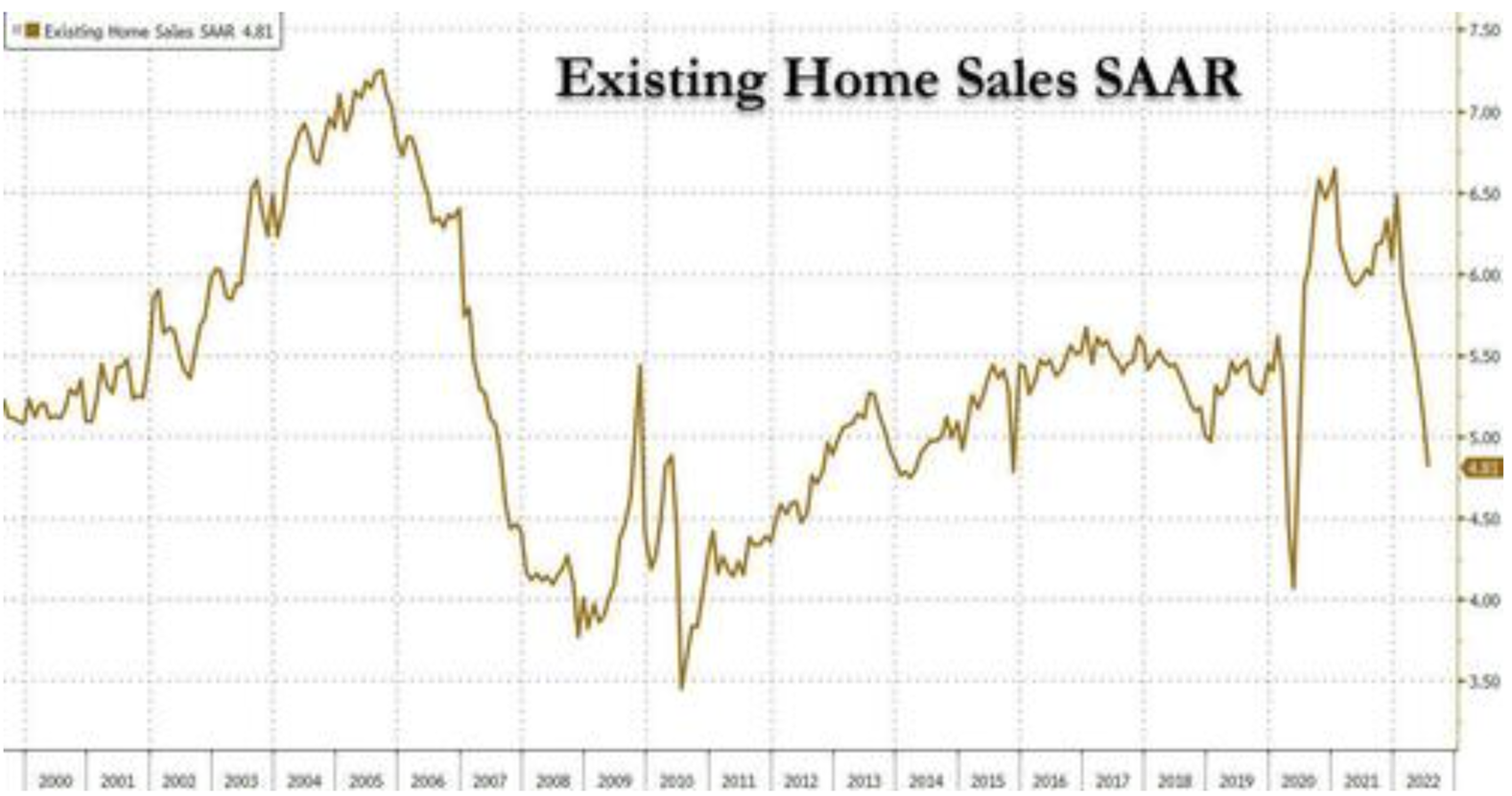 Despite the economist from the National Association of Realtors stating that home sales may soon stabilize, I don’t expect it.

Private lenders in the mortgage space are starting to go bust due to rapidly declining demand for mortgages.  This from “Zero Hedge”  (Source: https://www.zerohedge.com/markets/private-mortgage-lender-bust-begins-loan-applications-crash):

The US mortgage industry could be on the cusp of a bust cycle as the Federal Reserve's most aggressive interest rate hikes in decades have sent mortgage loan application volume crashing.

The 30-year fixed mortgage rate jumped from 3.27% at the start of the year to as high as 6% in mid-June, sparking what we've been warning readers about is an affordability crisis where demand for homes has evaporated. 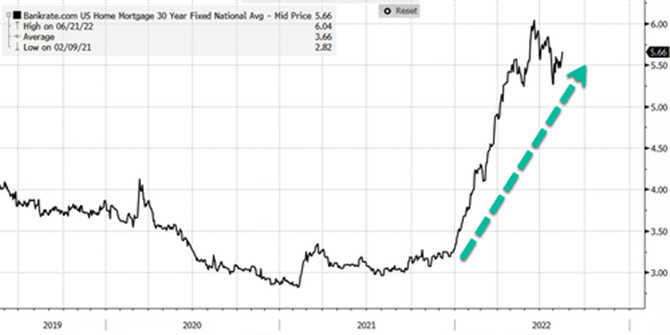 Plunging demand for homes can be seen in the pace of mortgage application volumes, falling to levels not seen since the lows of the Dot-Com bubble implosion of 2000. 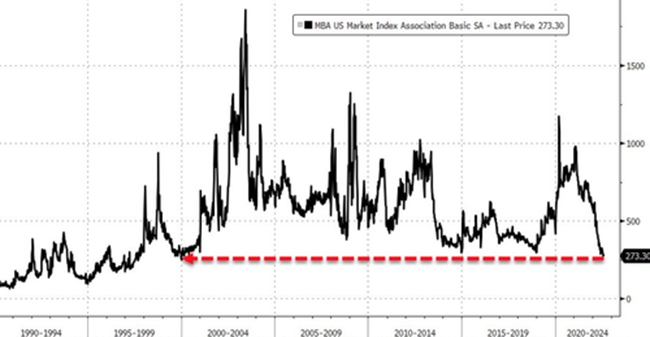 This means that the rate shock has abruptly curbed the pipeline of new loans and refinancings for mortgage companies -- where the poorly capitalized ones will fail first.

From the same article:

The epicenter of the implosion will be independent lenders, such as First Guaranty, who recently filed for bankruptcy after it held onto loans it made that quickly dropped in value earlier this year while trying to package them up to sell to investors.

Another independent lender, LoanDepot, laid off 4,800 jobs in July as its pipeline of mortgage volume dried up.

I expect a repeat of the housing crash that occurred at the time of the Great Financial Crisis at some level.

The evidence suggests the onset of that collapse may be getting close.

This week’s radio program and podcast features an interview with the founder of the Brownstone Institute, Mr. Jeffrey Tucker. Jeffrey and I discuss the lingering effects of the lockdowns and the state of the economy and freedom, on this week’s Retirement Lifestyle Advocates radio program.

You can listen to the show now by clicking on the "Podcast" tab at the top of this page.

“And now I know what a statesman is.  He is a dead politician.  We need more statesmen.”