While the overall stock market trend remains down, stocks did begin to show some signs of life last week, technically speaking.  As the chart below, a weekly chart of an exchange-traded fund that tracks the S&P 500, illustrates, the longer-term downtrend line in place since the beginning of calendar year 2022 may have been broken to the upside last week. 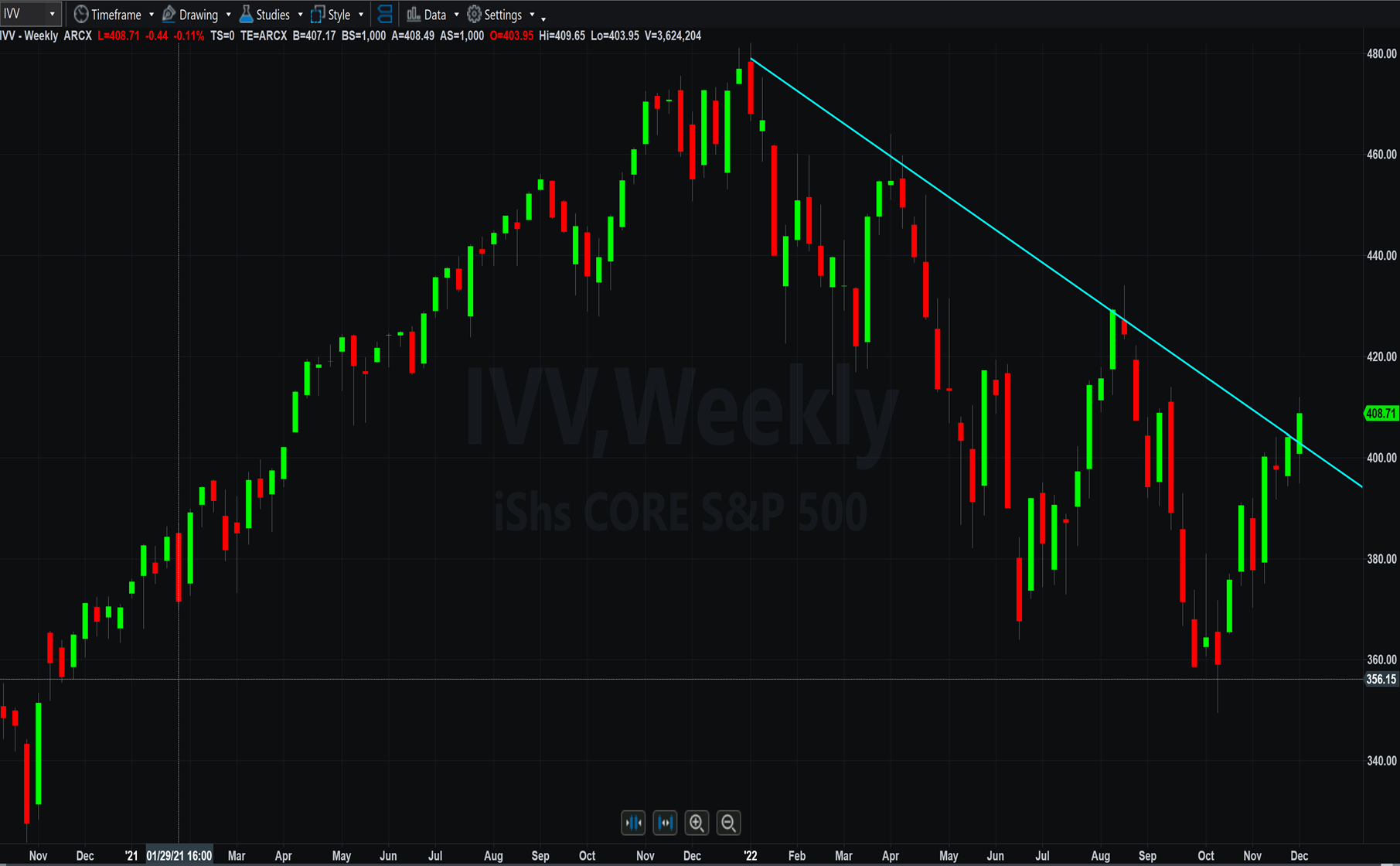 From a fundamental perspective, stocks remain weak in my view, and as I wrote in my December 2022 client newsletter, I am forecasting more downside for stocks in 2023.

Short-term, we will have to wait and see.

Although US debt has increased virtually every year since 1930, the acceleration started in the late 1960s and 1970s. With gold backing the dollar and, therefore, most currencies UNTIL 1971, the ability to borrow more money was restricted without depleting the gold reserves.

Since the gold standard prevented Nixon to print money and buy votes to stay in power, he conveniently got rid of those shackles “temporarily,” as he declared on August 15, 1971. Politicians don’t change. Powell and Lagarde recently called the increase in inflation “transitory,” but in spite of their bogus prediction, inflation has continued to rise. 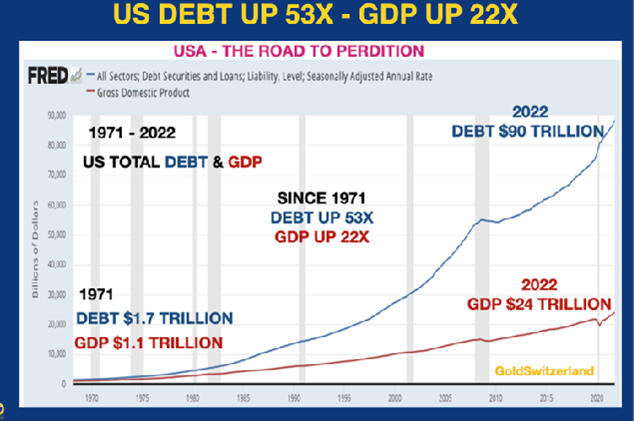 As the widening Gap between Debt and GDP in the graph above shows, it now takes ever more debt to achieve increases in GDP. So without printing worthless money, REAL GDP would show a decline.

So this is what our politicians are doing, buying votes and creating fake growth through printed money. This gives the voter the illusion of increased income and wealth. Sadly he doesn’t grasp that the illusory increase in living standard is all based on debt and devalued money. 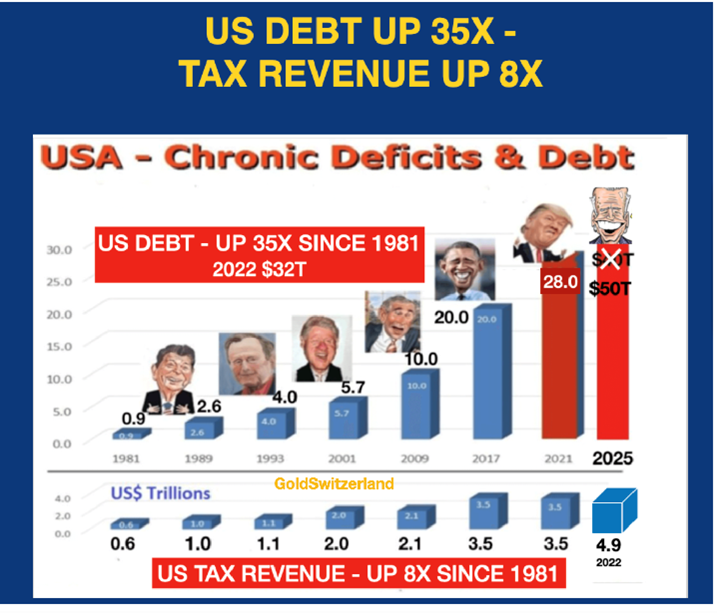 Since Reagan became president in 1981, US federal debt has, on average, doubled every 8 years. Thus when Trump inherited the $20 trillion debt from Obama in 2017, I forecast that the debt would double by 2025 to $40t. That still looks like a valid projection, but with the economic problems I expect, a $50t debt by 2025-6 cannot be excluded.

So presidents know they can buy the love of the people by running chronic deficits and printing money to make up for the difference.

How can any sane person believe that with debt going up 4.5X faster than tax revenue that the debt can ever be repaid?

When debt goes unpaid, it is deflationary; currency disappears from the financial system.

Financial assets like stocks and real estate don’t react well to deflation.  Ultimately, I believe stocks will have to go much lower.

That’s more downside for stock and more upside for gold, in my view, no matter what may happen short-term with stock rallies.

If you are not yet using the Revenue Sourcing planning strategy to plan your retirement income and allocation, I’d suggest you check it out.

The radio program and podcast this week features a ‘best of’ interview with Simon Popple, publisher of the Brookville Capital Intelligence Report. If you have not yet had a chance to hear the interview, you can listen now by clicking on the "Podcast" tab at the top of this page.

“Ambition beats genius 99% of the time.”