On numerous occasions in this publication, I have made the case that, financially speaking, we live in a land of make-believe.  In other words, many financial markets are artificially inflated.

The base cause of artificially inflated markets is the devaluation of the US Dollar.  Dollar devaluation, stated another equally accurate way, is price and asset inflation.  Anything measured in US Dollars has increased in price or value as the US Dollar has been devalued, something that continues and is intensifying despite indisputable evidence of inflation.

David Stockman, former congressmen representing Michigan’s 4th District and former Director of the Office of Management and Budget under President Reagan, wrote a piece last week that examines this phenomenon from a unique perspective.  I’m including an excerpt here and a link to the entire piece that is worth a read.  (Source:  https://internationalman.com/articles/david-stockman-on-the-feds-socialist-monetary-policies-and-what-comes-next/)

Socialist central planning has been elevated to a new art form based on control of the economy from the commanding heights of finance.

Central banks were once in the money business, in the sense of securing its availability, liquidity, and stable value. But the contemporary Fed never says a peep about the place where money arises and dwells — the financial markets — while gumming endlessly about the Main Street economy and the condition of and its targets for the components and constituents of GDP. 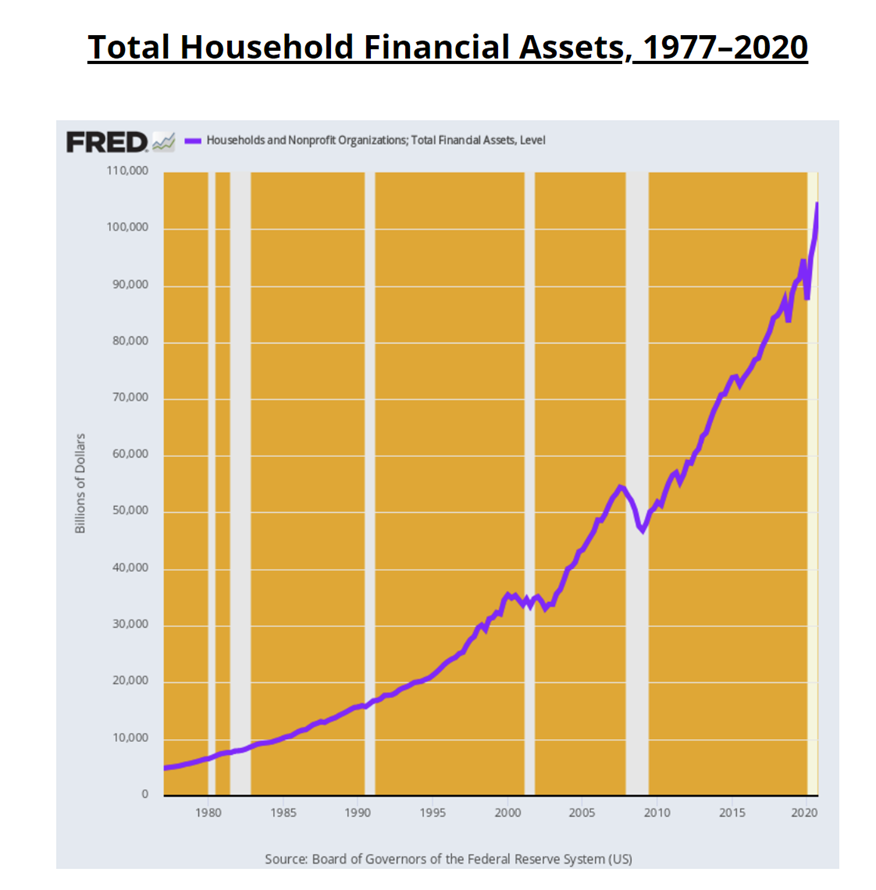 During the last 43 years, total financial assets held by the household sector have increased by a staggering $100 trillion. And that’s just a proxy for the massive levels of bank deposits, money market funds, bonds, publicly traded shares, and private equities that flow through the warp and woof of the nation’s $21 trillion GDP.

The Fed spent the last 13 years capping and smothering the money market rate.

That’s socialism by any other name.

Ironically, it’s leading to the same outcome as in the old Soviet Union: a failing economy for the masses and a concentration of wealth and privilege among the few elites who are close to the levers of control. 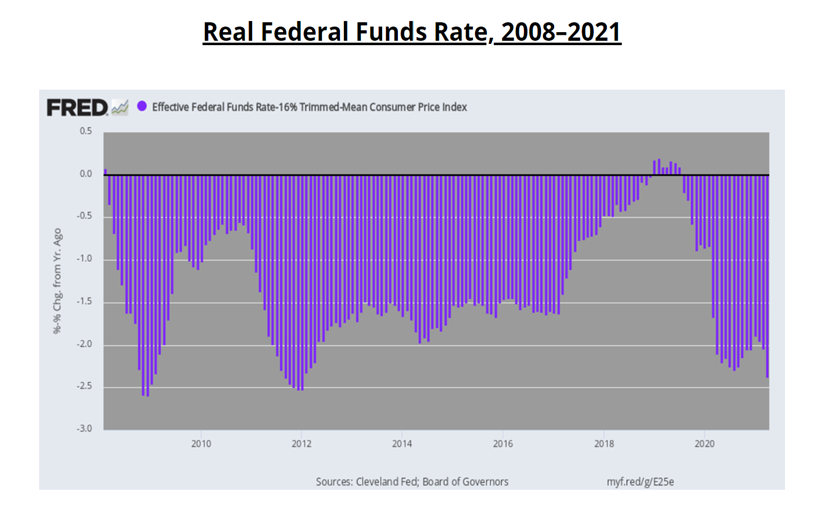 Never in a million years would participants in voluntary exchange on the free market lend money — even overnight — at a negative real rate. It defies economic logic and sanity itself.

Stockman makes the point of artificial markets extremely well.  As you read the article excerpt, keep in mind that the real Fed Funds rate was calculated using the manipulated Consumer Price Index which is the official measure of inflation.  Stockman calls it the “year-over-year trimmed mean-CPI”.

Stockman points out that smart, savvy investors operating in a free market would never accept real returns that are negative.

This simple example demonstrates just how artificial financial markets have become.  We can take Stockman’s real Fed Funds rate calculation and apply it to stocks as well.

Not so fast.  To determine the real return, one must adjust it for US Dollar devaluation.  As price inflation makes the price of essentials like food, fuel, lumber, and automobiles increase, the same price inflation causes stock values to move nominally higher.  But that doesn’t mean they are higher on a real basis.

In my view, the best way to determine the real value of stocks is to price them in a consistent metric.  That doesn’t begin to describe the US Dollar which is a pure fiat currency.  Since gold has been used as money for most of history, let’s see what happens when we price stocks in gold.

If we take the total value of stocks (also known as market capitalization) and divide that number by economic output (Gross Domestic Product) we get a more realistic valuation than simply measuring the nominal value of stocks. 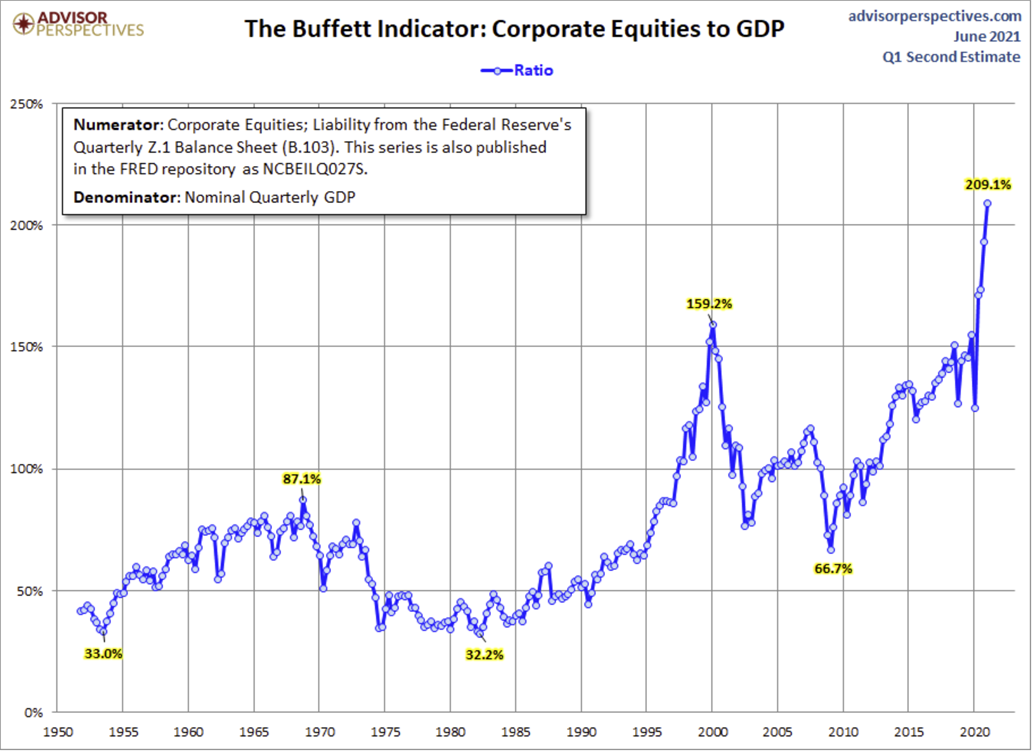 Since both market capitalization and Gross Domestic Product are priced in US Dollars, inspecting this relationship can be useful.

Notice from the chart that at the tech stock bubble peak in calendar year 2000 market capitalization was 159% of GDP.  Today that number has been inflated to an all-time high of 209%, nearly 1/3rd higher than at the nosebleed levels of 2000.

On a real basis, in my view, stocks will go lower, even if they rise on a nominal basis due to additional money creation.

This week’s RLA radio program features an interview with Mr. Jeffrey A. Tucker.  Jeffrey is a libertarian author and I chat with him about liberty.  I think you’ll find his perspective to be interesting.

“Facts are stubborn things, but statistics are more pliable.”